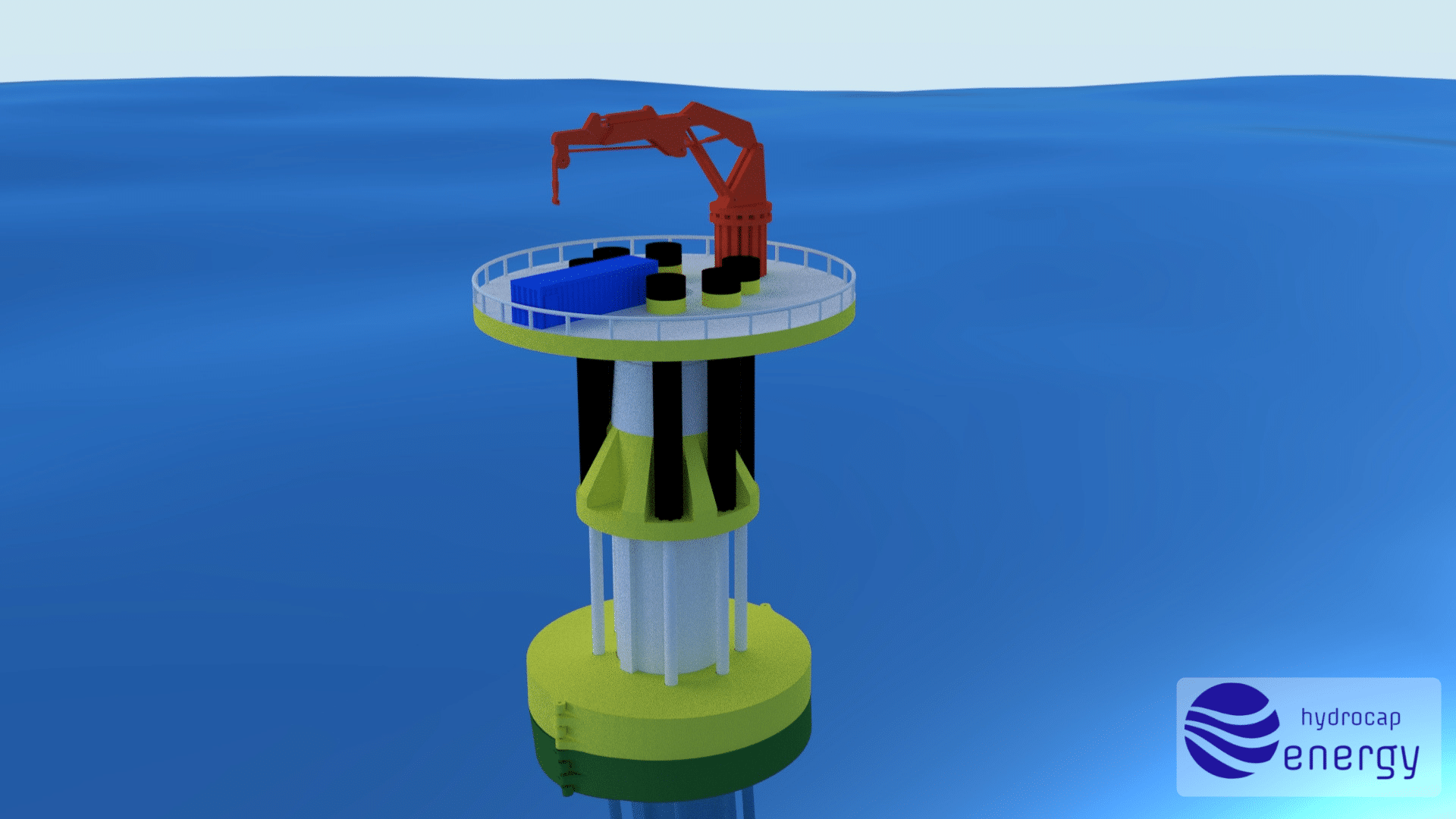 A buoy absorbs the vertical motion of ocean waves. It floats around a column fixed to the seabed, captures  and transfers the kinetic energy of the waves to linear electric generators. The modular nature of the system emphasizes safety and reliability, maintenance and performance, as well as survivability in extreme weather.

A 1:20th scaled model of the device has been tested in a wave tank at DGA Hydrodynamics (Rouen, France), confirming previous CFD yield calculation by independant hydrodynamics experts in sea state conditions typical of the french atlantic arc. The load factor can be enhanced further by means of proprietary « latching » system. The new generation of linear generators should improve the performance even more.

Beyond the usual electricity production towards a shore base sub-station, the platform allows the on-site conversion of this energy into “clean hydrogen«  for new emerging market applications, particularly in the mobile sector (ground and marine transportation).

Please click on the corresponding button to access the part of the system you want to explore.

This part is dedicated to the description of the different aspects regarding the Seacap system. 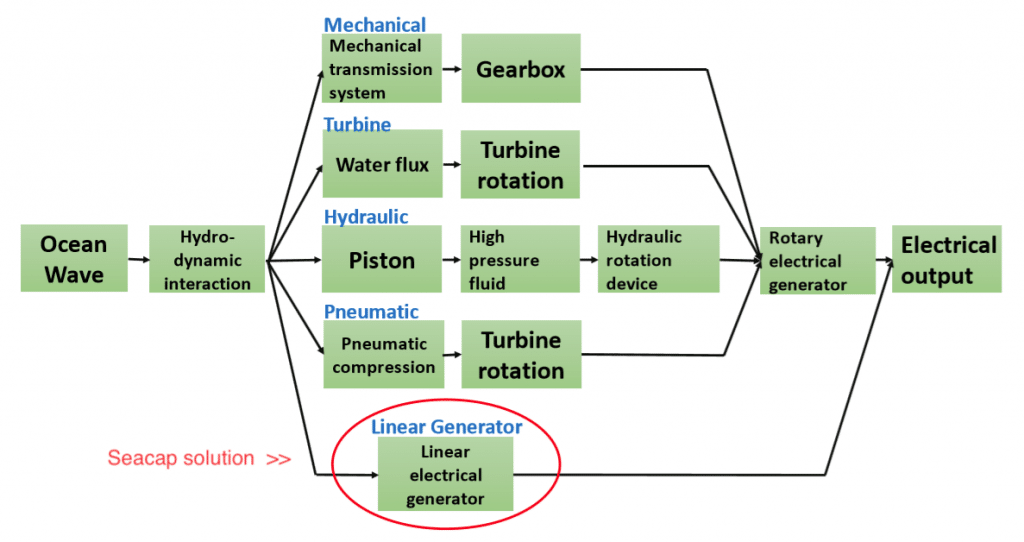 After analysis of numerous options, available, or in development, the solution retained by Hydrocap team has been a new type of direct-drive linear azymutal switch-reluctance electric generator. This innovation change is more efficient than conventional rotary machines, with easier maintenance due to having less parts involved and consequently it return on investment.

The second generation is currently developed within SEA-TITAN, a European H2020 funded project started in april 2018, in which Hydrocap is a collaborative partner, together with leading European actors of the electrical and marine energy sector.

The overall objective of SEA-TITAN aims at achieving high and continuous peak force densities, using  advanced control strategies, in order to significantly reduce the levelized cost of energy (LCOE) and also the capital expenditures (CAPEX), simultaneously increasing the float to wire efficiency (FtWE), defined as the  ratio between the mechanical wave energy absorbed by the system and, the electricity output of the Seacap WEC. 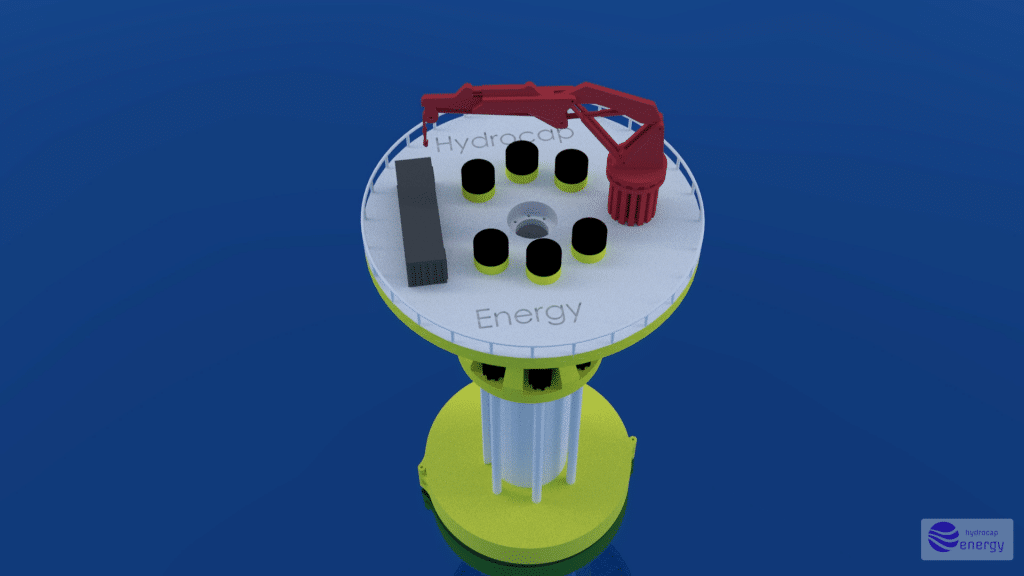 The upper deck of Seacap is used to accomodate utility equipment for the control command and electrical conversion blocks.

It also facilitates  intervention, for survey or maintenance of the equipment.

As important, it is used to accomodate various industrial equipment such as hydrolysers and compressors to generate clean hydrogen. 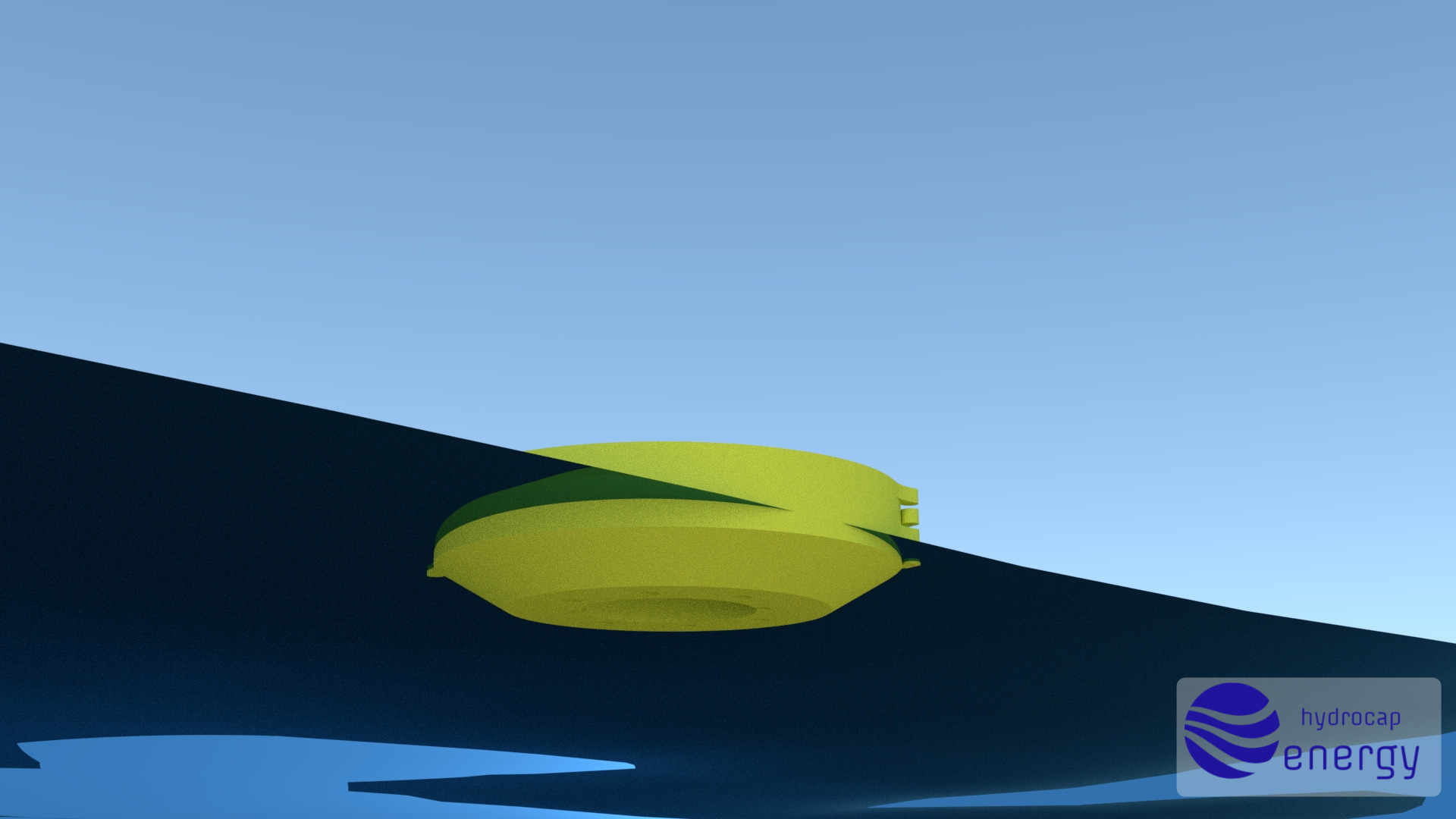 The floater’s shape has been studied to improve the energy force level captured.

It is easy to build like other modules of the steel structure by any shipyard around the world and at low cost.

The floater may also be built economically in concrete for large series (fields).

The platform is floatted to site with service boats.

On location it will be lowered to the seabed.

After installation, the floater will be fitted around the pile and connected to the linear generators. 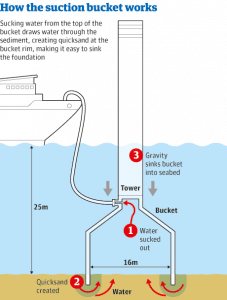 The bucket, or suction, foundation is installed into the seabed. It allows Seacap towers to be easily installed or removed or even repositionned at low cost.

Impact on the ocean floor is therefore reduced (no drilling, beating or heavy concrete base needed).

Also, this process is reversible, so the tower can eventually be repositionned at another location and, in any event, removed at any time when necessary or in the end for recycling.. 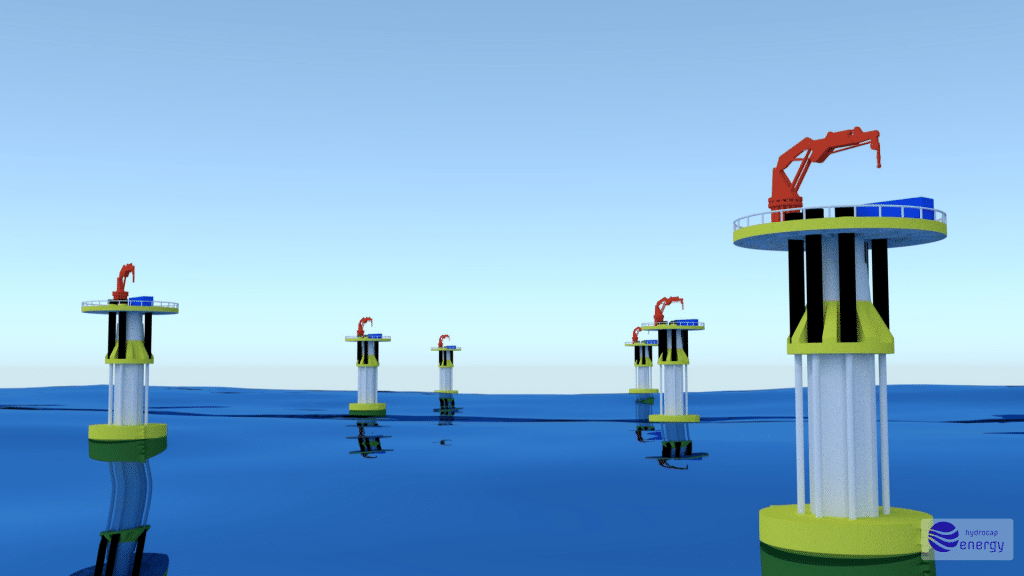 The visual impact of Seacap is reduced compared to giant offshore wind turbines.

In most cases and depending on necessary airgap,  it does not emerge more than 20m above sea level and is hardly visible from shore.

Due to its innovative bucket foundation, it may also be easily relocated.

<Marquee> Hydrocap will be attending Ewtec 2019 in Napoli, please come by and see us!! <Marquee>